In Space, Place and Gender (Polity Press, 1994) the geographer Doreen Massey reflects on her observations as an adolescent, when from the top deck of a bus she noted the ‘acres of the Manchester flood plain which had been entirely given over to boys’ in the form of dozens of football and rugby pitches.  Relationships between gender, landscape and power permeate through differently cultural means.

American director Courtney Hunt’s film, Frozen River tells the story of its two (female) protagonists – one living in a broken-down trailer whose gambler husband has left, and the other a Cherokee living on the nearby reservation whose mother-in-law has stolen her child  –  resorting to people-smuggling as a result of their financial dire straits. The film’s prevailing image is the winter landscape of the North American Canadian border and the frozen river which links it, across which these two must drive to smuggle their cargo hidden in the boot of their car. Black trees, frozen ground, grey slush-covered roads all convey bitter cold, hardship, desperation, decrepitude and lack of hope.

The real subject of the film however is borders, not just the geographic border but the economic and political borderline condition of the characters. The two main characters, marginalized through their economic situation and also by their gender, resort to desperate measures in order to live. According to Hunt, people living on reservation lands constitute a forgotten people ‘living so marginally that they make other marginal people in the US pale by comparison’. The word ‘reservation’ in itself suggests something provisional and temporary that can be taken away or is dependent on something else.

Representations of US white poverty as well as that of Native Americans are almost non-existent in mainstream cinema. Deemed unworthy for Hollywood endorsement because of its representation of a ‘small ethnic group’, Frozen River was later categorized as ‘off-Hollywood’ suggesting in itself a marginalized category. Its funding was precarious – there was only one take per scene according to the director and conditions for filming inside the trailer (whose real occupant had moved out during the making of the film – shockingly someone actually did live there) were reportedly worse than those  filming in the freezing temperatures of the outside scenes.

If Hollywood cinema of the 1950s and 60s was about the frontier both as framing and narrative (and ideological) device, then cinema about migration ironically concerns the lack of it. The landscape against which these narratives are played out, in many films, is undetermined. Increasingly, a placelessness prevails which reflects back on the narrative, almost mirroring that which is really being played out – the universal human condition of trauma and enduring terms of power. The characters may be moving, but the landscape they cross appears static.

In Ghosts (2006) about the Chinese migrant workers drowned in Morecambe Bay in 2004, the indeterminacy of sky and sea reflects back on the hopelessness of the characters’ predicament, trapped in limbo as illegal and dependent on others. In Dirty Pretty Things (2003) about migrants without papers existing in London and living in fear of immigration raids and deportation, we see the characters only at night, invisible to others and exploited in service jobs. In The Good Lie (2014) about the lives of four characters offered asylum in the US as part of a policy to refugees in Sudan escaping civil war (but quickly withdrawn by the Bush administration after 9/11), the characters cross deserts indistinguishable from each other from Sudan to Ethiopia, walking thousands of kilometers in the hope of finding a place free of conflict. The clipped plots of American suburbs are set against the open African savannah  reflecting the theme of ignorance and diversity of values and sheer otherness of both sides (wars happen, if at all, only on TV ). In The Story of the Weeping Camel (2004), a documentary set in the Gobi Desert about the lives of a nomadic tribe threatened by urbanization, the landscape of the Steppes is an unchanging horizontal line between sand and sky and broken only by the temporary huts and camel herds.

The director of Frozen River states in an interview that the original idea for the film came from an idea for a poem and culturally and historically, there is a link between film, poetry and trauma. Simon Armitage’s films in verse incorporate trauma and are concerned, he says, with the missing voice. Pornography: The Musical is a docu-drama about women in the pornography industry; Songbirds is a documentary set in a womens’ prison; Out of the Blue is a film-poem to commemorate the fifth anniversary of 9/11; and The Not-Dead is a TV film about the war that veterans from a range of conflicts fight when they return home in the form of post-traumatic stress disorder. Armitage composed poems derived from veterans’ testimonies which they then read out as voice-overs. He has talked about the relationship between the film image and the heard word and the wavelengths created between image and poetry when they pull apart, come together and intersect: describing it as a stretching or frisson between the two when in tandem or misalignment. 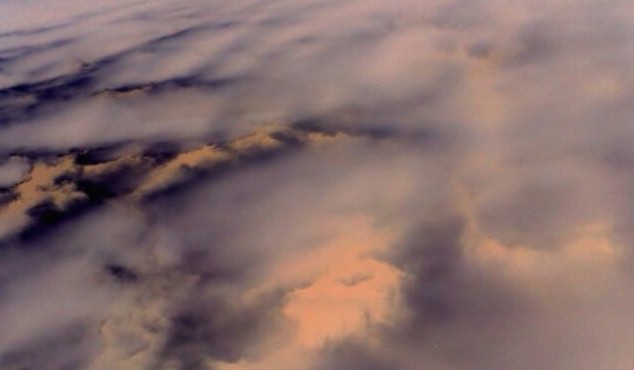 This poetic sense could be applied to the cultural disjuncture of the recent exhibition, Painting the Modern Garden at the Royal Academy in London which could become be a critique of its own subject merely by a change of title. The inclusion of only one female painter, Berthe Morisot (and arguably not of a garden scene) amongst the over one hundred and twenty works on show is almost unbelievable curatorally. In addition, in the penultimate room, enormous photographs of a selection of the (male) artists posing with brush or spade amongst their estates says it all: nineteenth-century gender, privilege and power prevail and will endure.